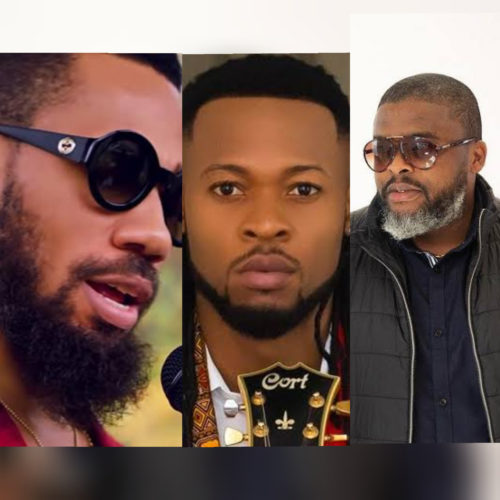 Fresh from dropping a banging record, “In My Head” featuring dance-hall star, Patoranking, Larry Gaaga has now decided to go to the east to provide some real eastern vibe for music fans.

The music executive who alredy has several hit records to his name even without being a musician has currently been pictured with Phyno & Flavour in a picture from the set of an incoming music video which is set to hit the industry very soon.  Though it isn’t hundred percent who the song belongs to, but words on the street has it that Larry Gaaga is the one who has brought Phyno & Flavour together again. 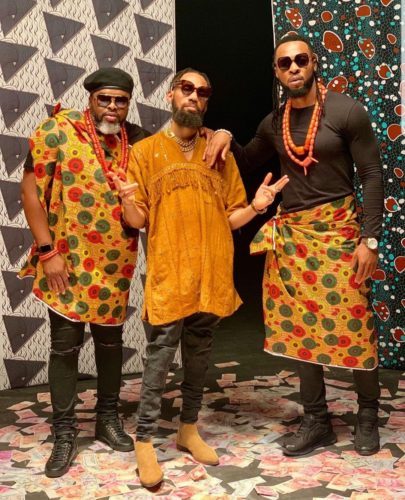