Cultural producer, Brenda Uphopho has accused male comedians who dress like women of “exploiting” women by making a caricature of them.

She said such skits reinforce behaviours that aren’t true to all women. She added that such skits exploit women and she dared such comedians to make skits as their gender. 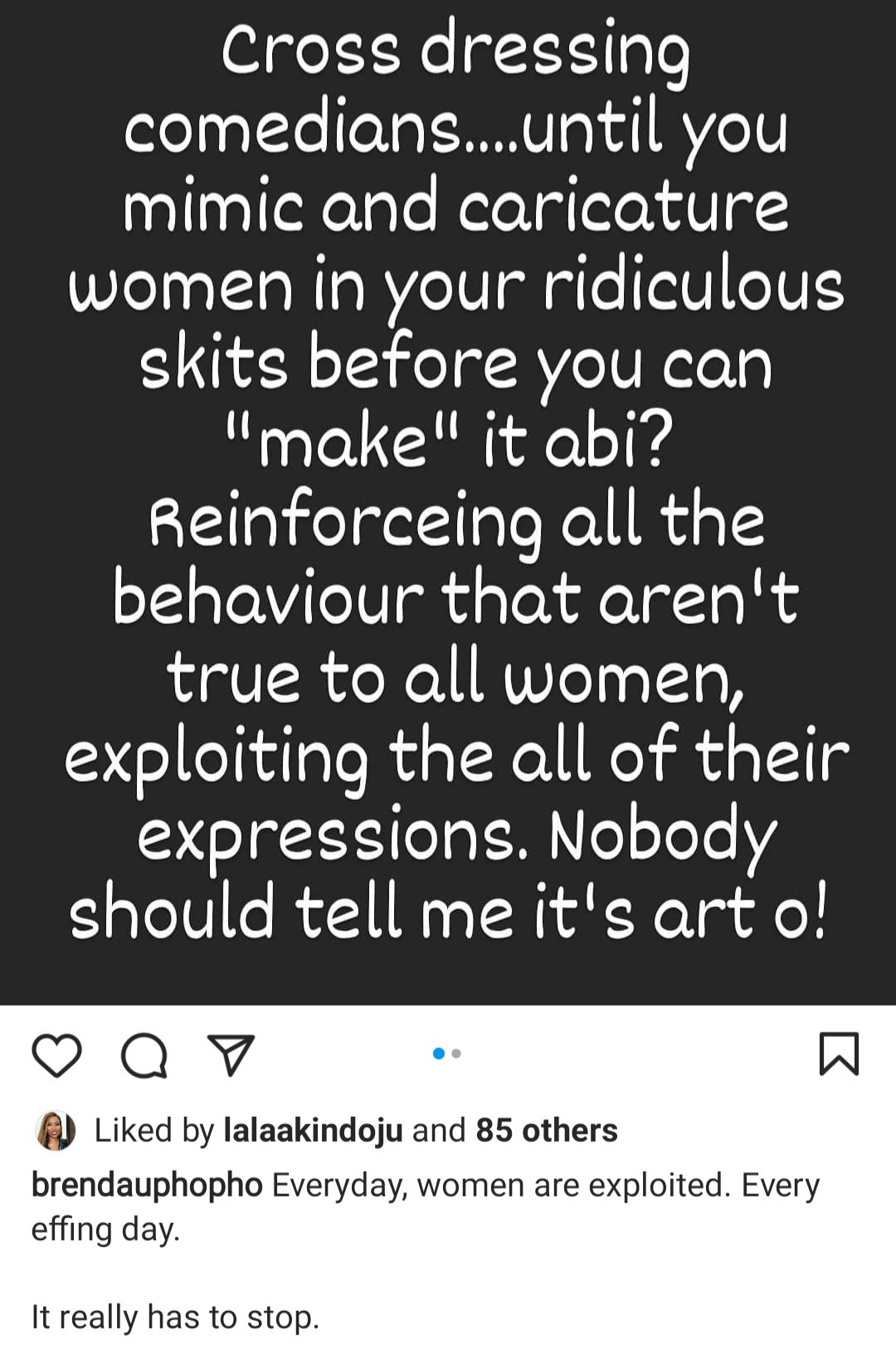 She further called names, including Zicsaloma and Mama Tobi. 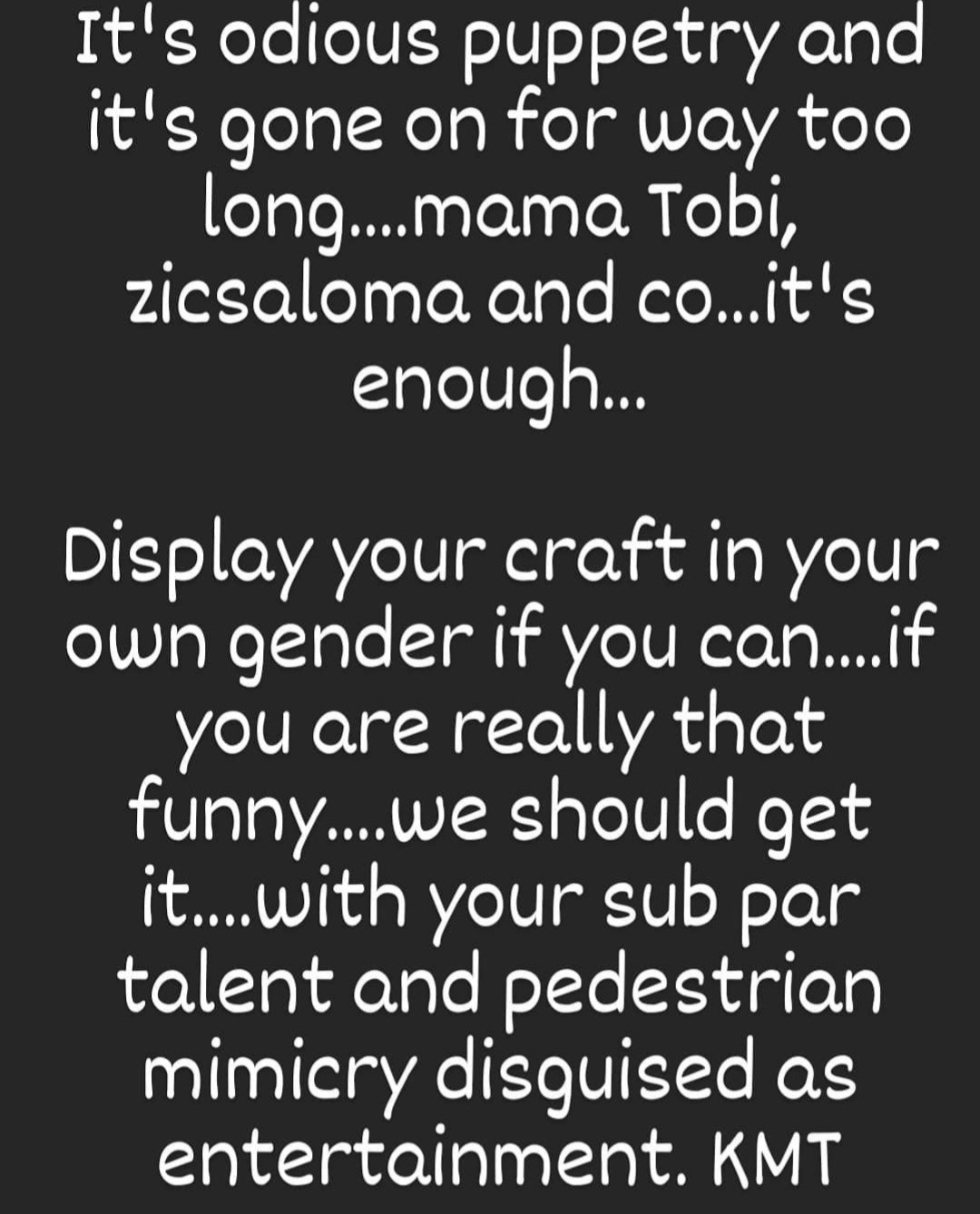 She added that when these men can’t make it in their careers as men, they cross over and try to make it as women.

See their comments below. 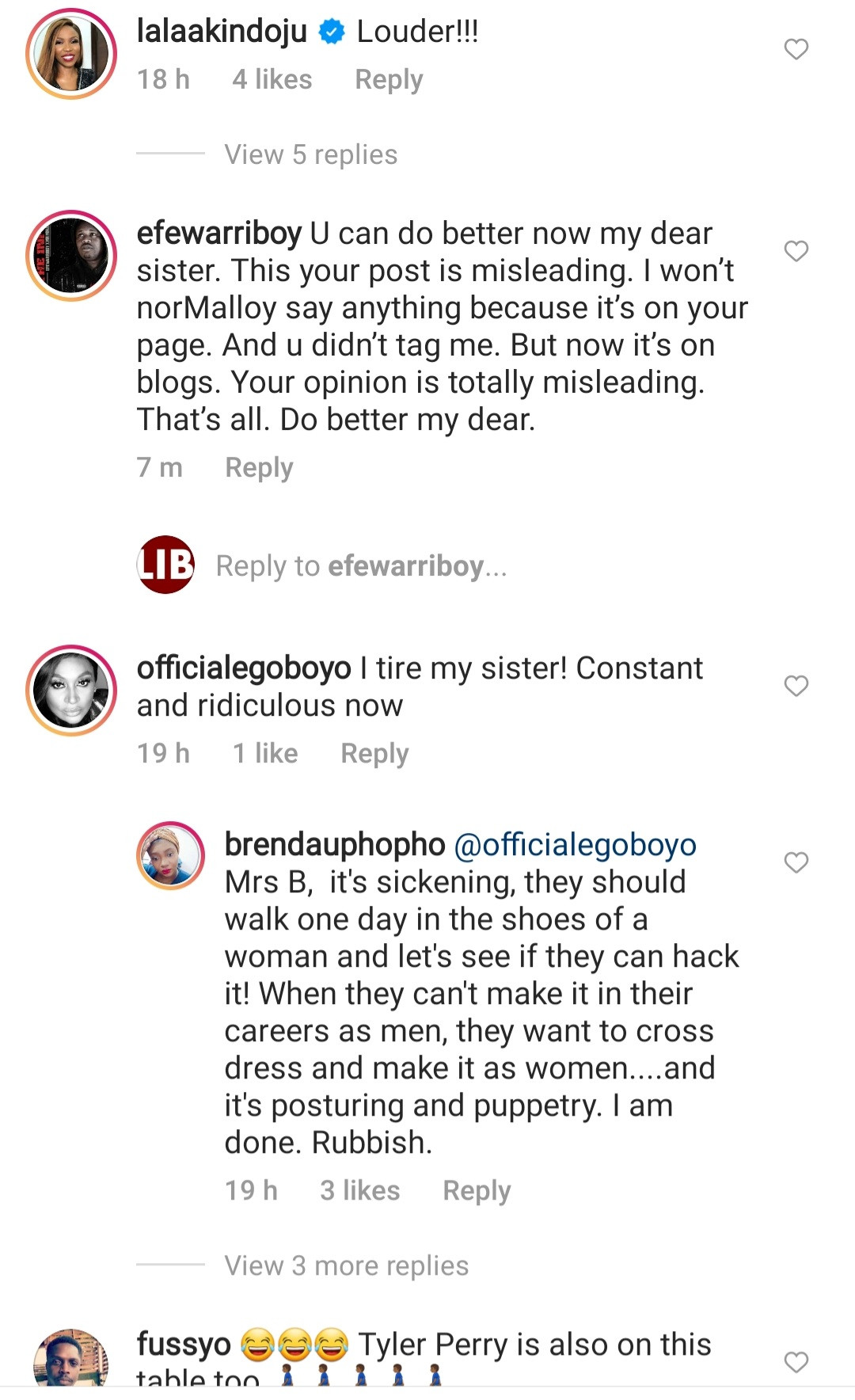 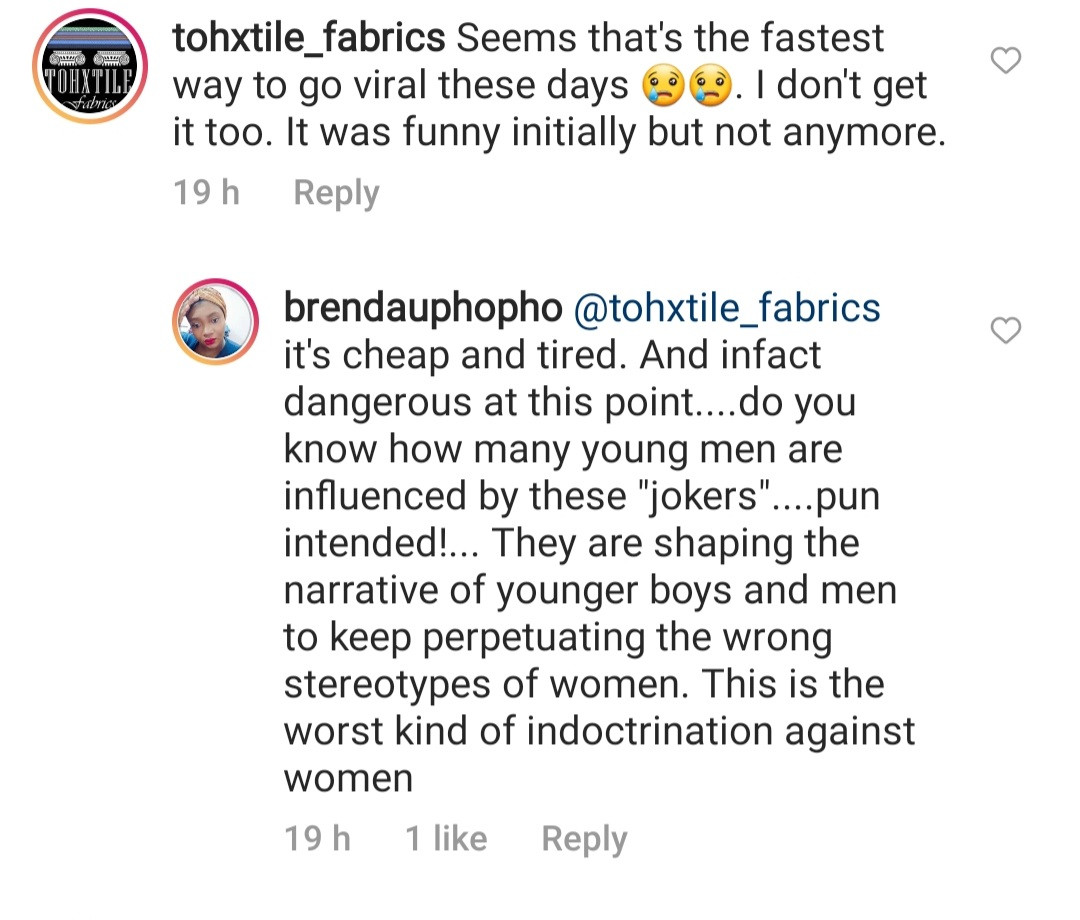 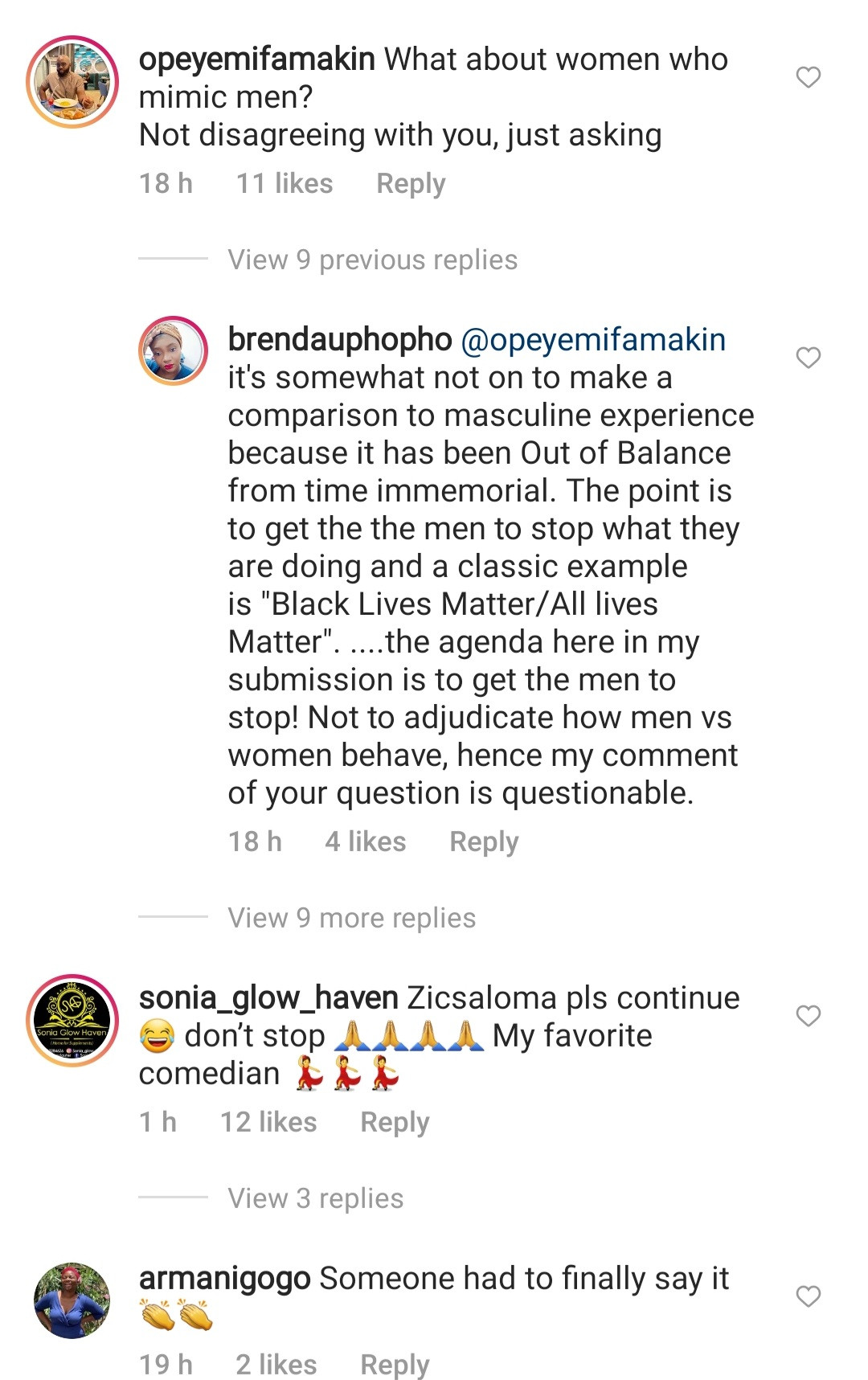