Top Nigerian producer and music record label boss, Michael Collins, better known as Don Jazzy played the role of the bigger man after he blessed a follower who took a swipe at him. 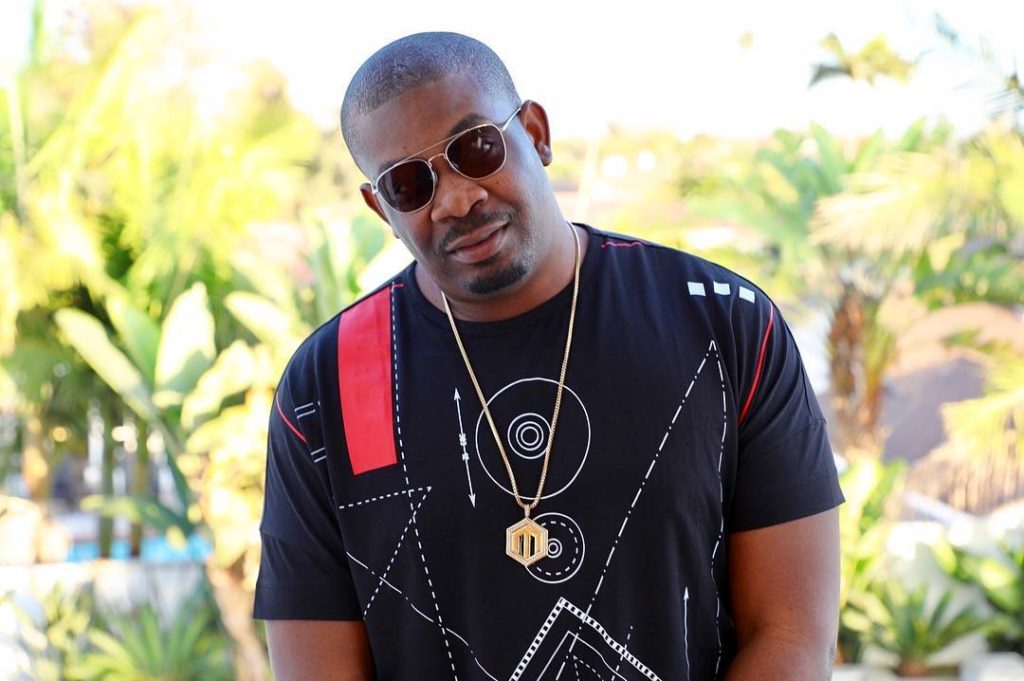 “Baba GOD abeg where make i stand so that when manna fall. e go fall inside my basin.”

Then one of his followers, @badtguym replied him in an hostile manner saying the producer should keep mum.

Unlike some other celebrities who would have thrown a tantrum at such follower, Don Jazzy, instead asked whether the follower is fine by saying,

“What’s the matter? Are u hungry? You can talk to me. I can help if u don’t mind. What’s wrong with you?”

“Isolation is not funny ejor. Don’t mind me.”

Then Don Jazzy asked that he drop his account details,

“I can imagine. What’s ur details. So u fit buy indomie”

The guy who had told the producer to keep quiet before, suddenly wanted him to make the loudest noise as he dropped his account details and Don Jazzy sent him a N100,000. 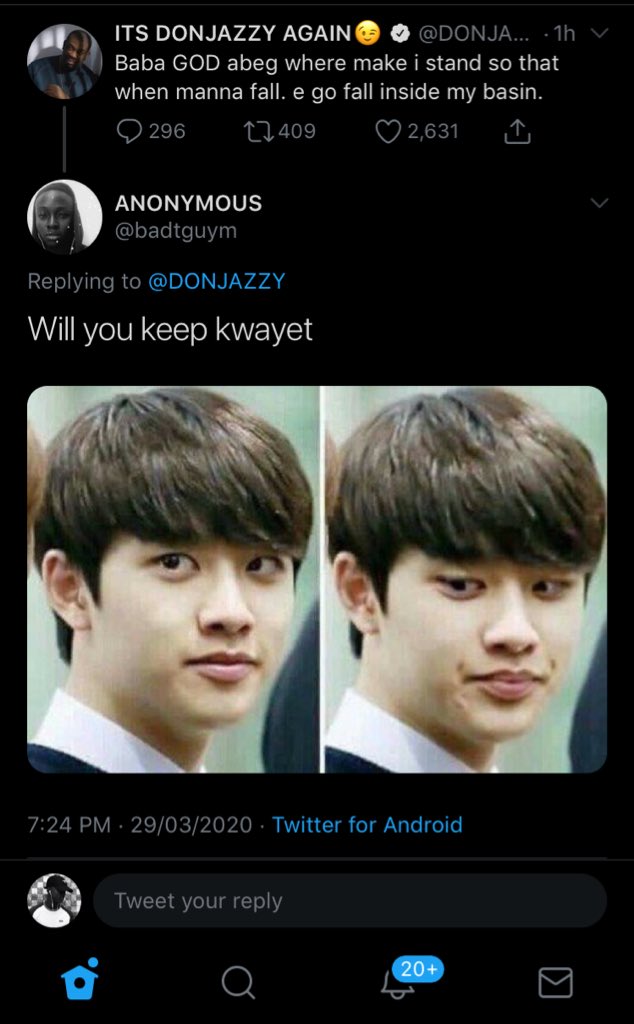 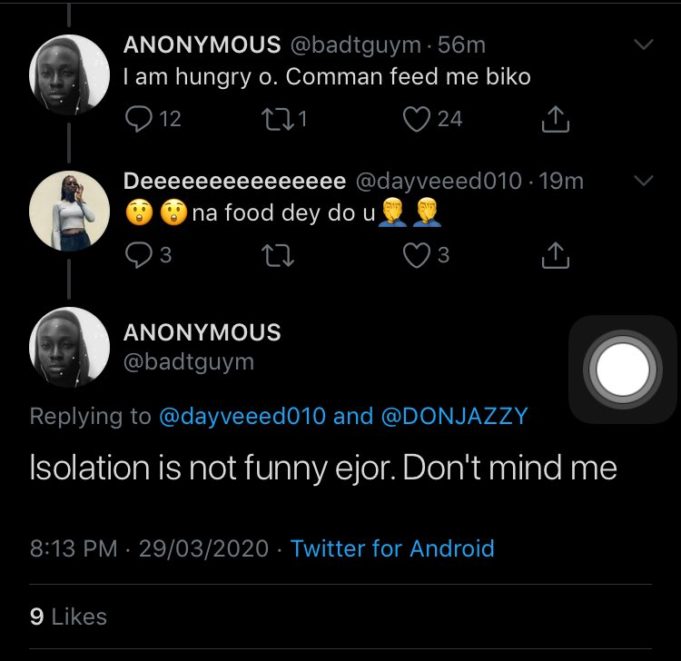 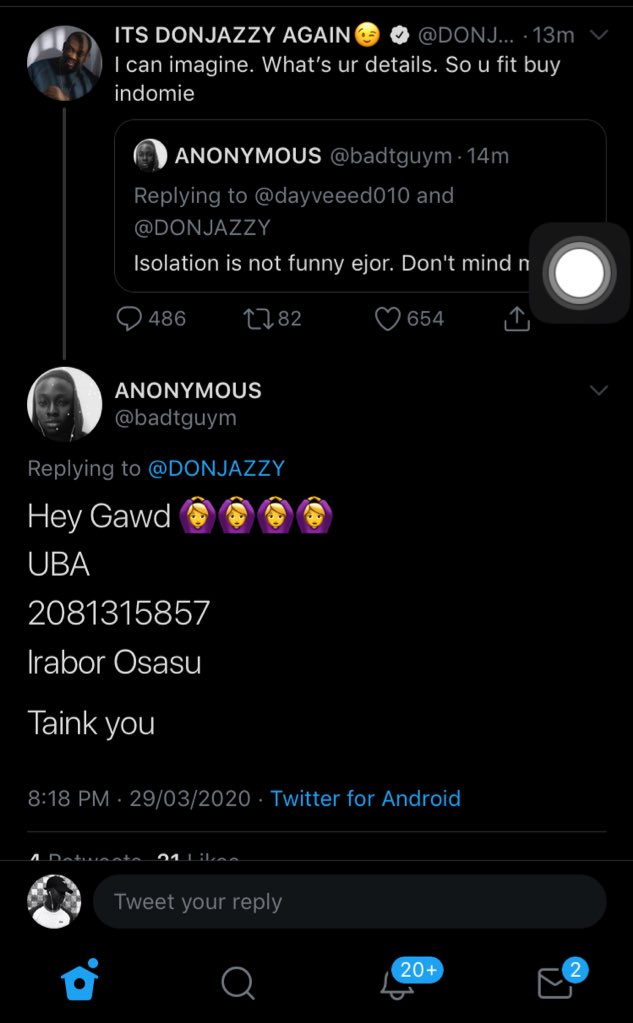 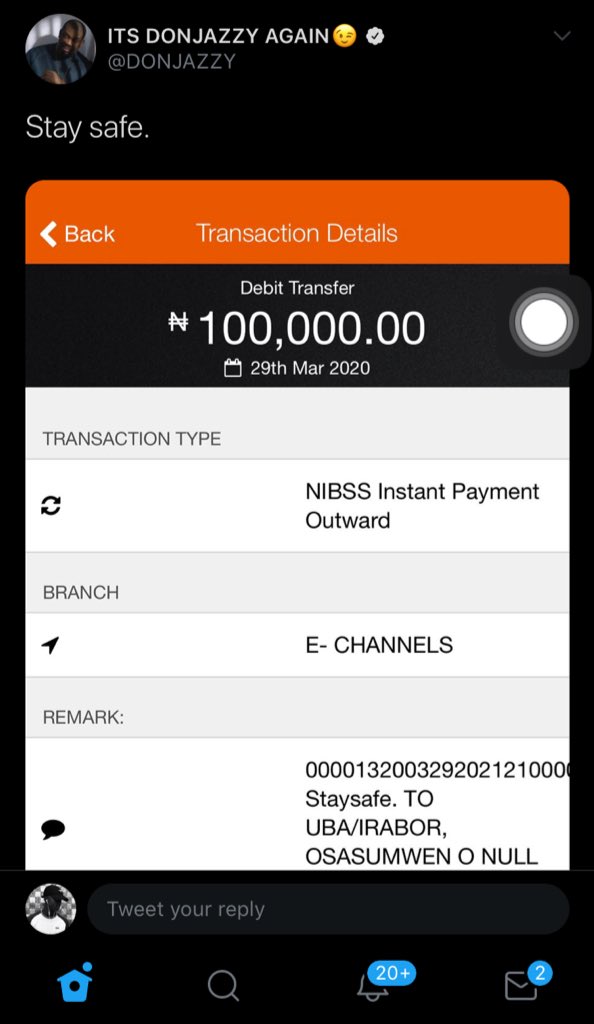 Meanwhile, Don Jazzy did another 100k giveaway after sending money to the guy. He sent to a lady, @EWAWUNMIII, who said to him:

“What If I say I love you, will you dash me money?” 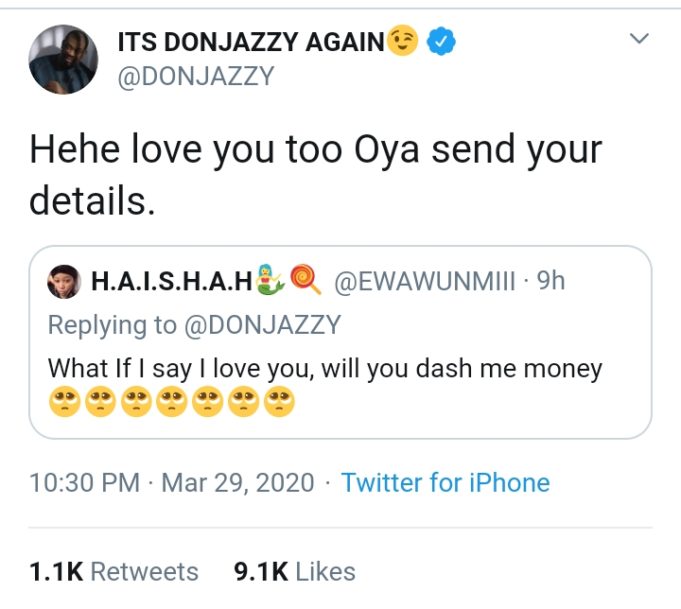 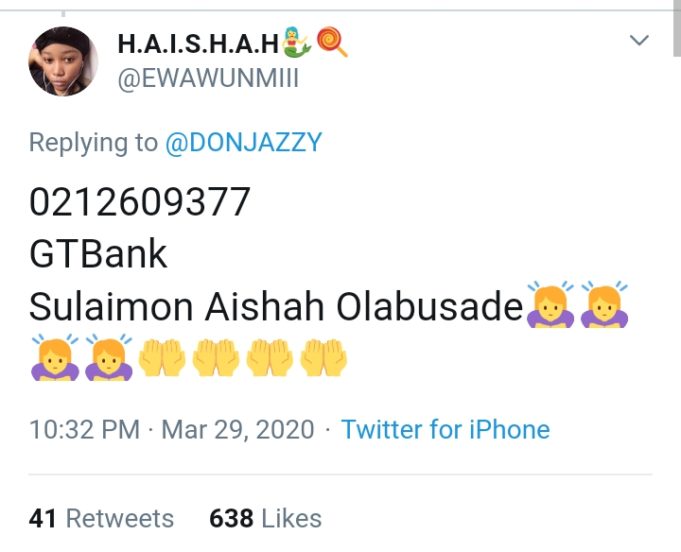 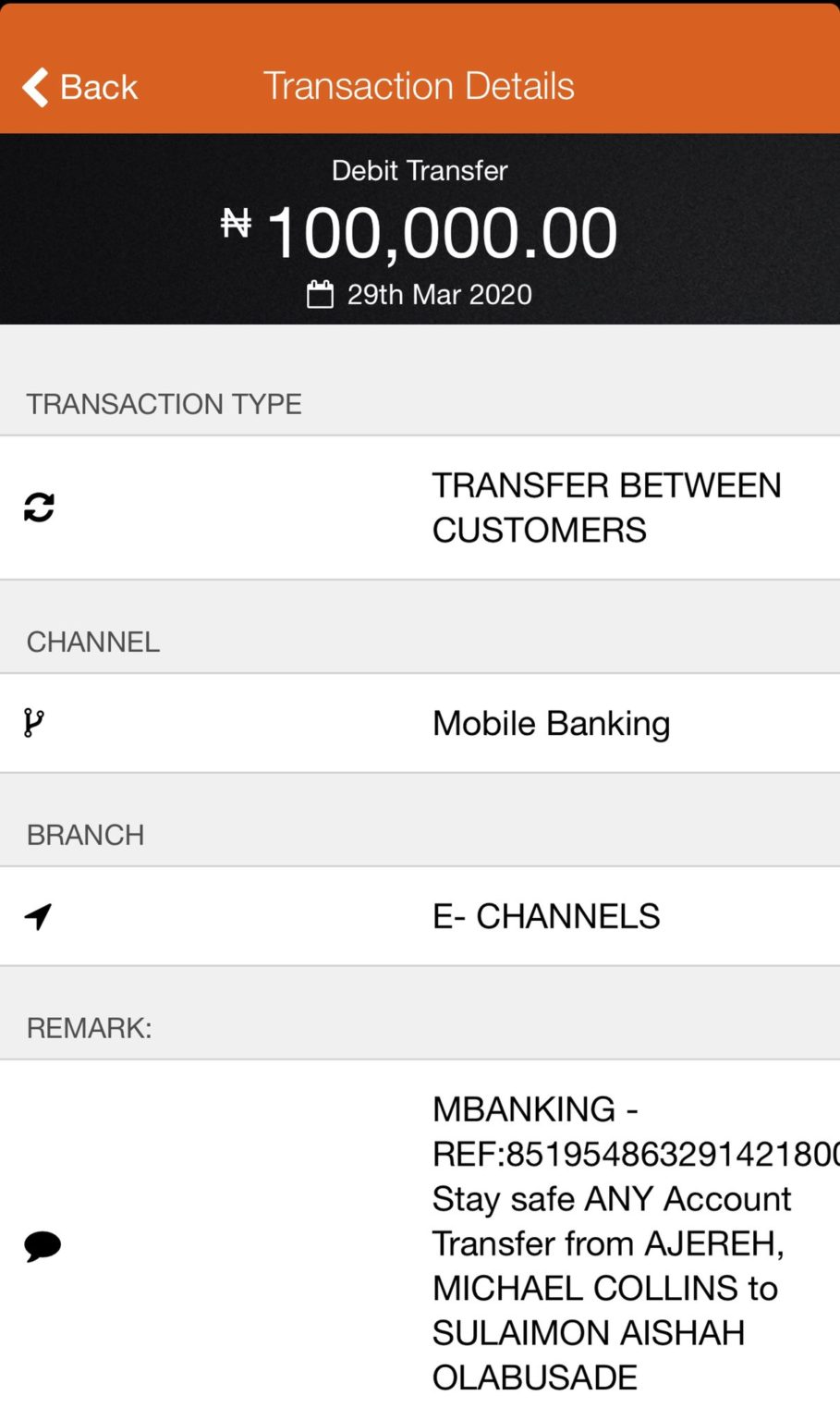